Prof.T.Varagunam was considered as one of the most renowned Consultant Physician in our country. He has contributed immensely to the field of internal medicine for several decades both locally and internationally. In recognition of his great service in the field of internal medicine, the council of SLSIM unanimously decided to name the SLSIM oration as T.Varagunam oration.. The Orator was Professor Shanthi Mendis. She is a Consultant at the Geneva Learning foundation and a visiting Professor in Global Health. She is a Specialist in Internal Medicine, Cardiology and Global Health. She served WHO as Director and Senior Adviser, Non-Communicable Disease for 20 years. Her oration title was “Accelerated global and national action is required to attain the 2030 Sustainable Development Agenda targets on Non-communicable Diseases and Universal Health Coverage.”

Professor Aru Sudoyo congratulated the society and welcomed the SLSIM as a new member of the International Society of Internal Medicine. He further mentioned that Internal medicine is one of the oldest specialties in medicine which faces challenges everyday with the new emerging diseases and ever growing old population. Dr A.Muruganathan, being the Governor of the Indian chapter of American College of Physicians, mentioned that he will help to establish a ACP chapter in Sri Lanka. Dr.Jabir Abdullakutty also appreciated the hard work done by the office bearers and scientific committee of the SLSIM for arranging a successful academic agenda.

The Academic Programme, which was held on the 1st and 2nd November, featured 6 overseas speakers and 21 eminent local speakers. There were about 250 participants for academic sessions.  The Scientific Programme included 9 plenaries and 4 parallel symposia and a new concept named as “Clinical Pearls”. It was held at Hotel Grand Kandyan, Kandy, Sri Lanka. Agenda for the program was attached below.

Case Based Discussions and Hands on Training in Emergency and Trauma Care. This was held in New Auditorium, Teaching Hospital, Peradeniya. Registrars in Emergency Medicine, Registrars in General Medicine and medical officers had attended the workshop. Attendance was over 70.

Research Methodology and Statistics. This was held in Old Auditorium, Teaching Hospital, Peradeniya. Attendance was restricted to 40.

How to pass the MD. Second day of Pre-congress was also held in New Auditorium, Teaching Hospital, Peradeniya. MD trainees from all over the country had attended. The attendance was over 120.

SPSS for Clinicians. It was held in Old Auditorium, Teaching Hospital, Peradeniya. Consultants of different specialties, registrars and medical officers had attended. The attendance was restricted to 30. 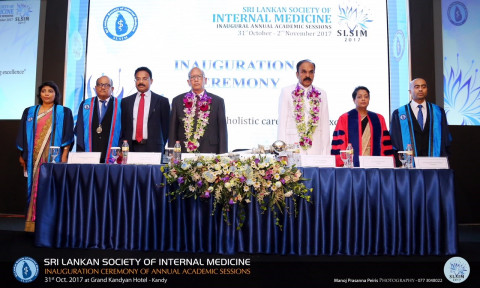 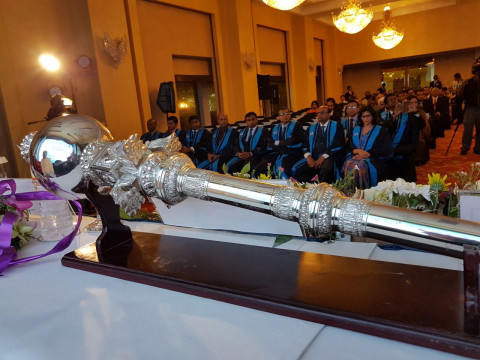 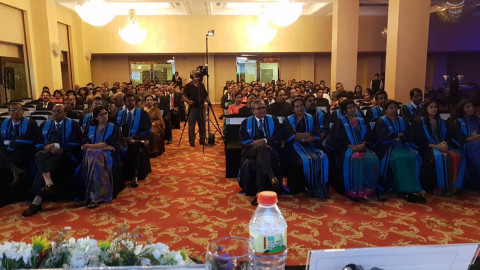 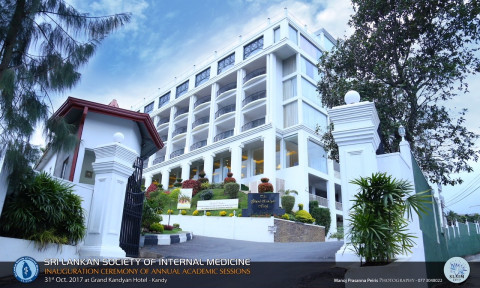