In November 2010, the Russian Society of Internal Medicine organized the annual meeting of its Sibirien Chapter in Novosibirsk, which is located in Western Siberia. ISIM has sent three delagates (Prof. Rolf Streuli, Honoray President of ISIM; Prof. Hans-Peter Kohler, Secretary Gneneral ISIM; and Prof. Bart Keymeulen from Belgium. All three delegates gave state-of-the-art lectures and took part at severeal meetings with the Russian Scientific Medical Society of Internal Medicine but also with representatives from the Russian Government.

One purpose of this meeting was to strengthen the relationship between the two societies. The congress was well organized and was attended by more than 2000 physicians. The lectures covered basic research topics as well as clinical medicine. Main topics were cardiovascualr diseases and diabetes.

All lectures given by ISIM delegates were simultaneously translated, and they were all followed by long and interesting discussions. 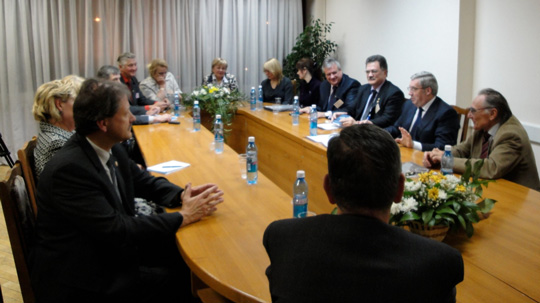 Meeting between delegates of ISIM, the Russian Scientific Medical Society of Internal Medicine, the Siberian chapter and officials from the government 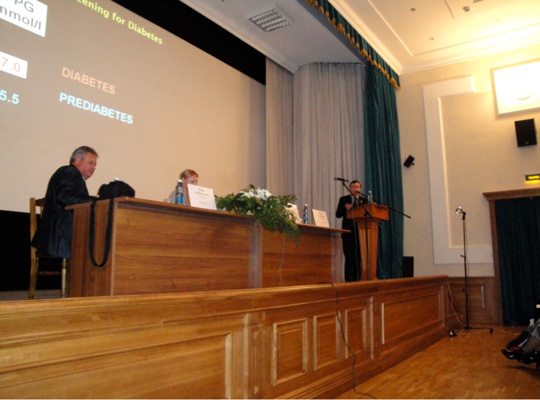 impressions from the scientific meeting.